How to Get Rid of Waswas in Islam ( Part 2) ? - Shaytan's Waswas (whispers)Cure 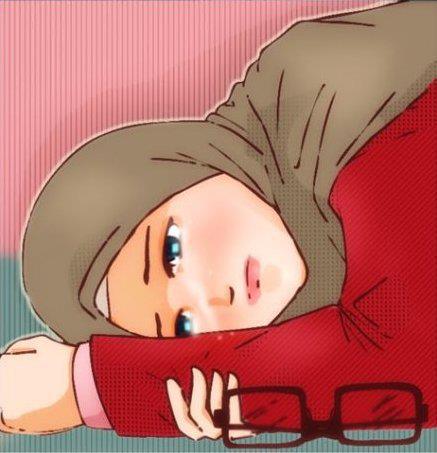 Losing faith in Islam due to insinuating doubts & s ?

One of the Most Common Cases that we have observed in the Muslims suffering from Waswas in Islam is of a gradual decline in the quality of their faith. And more commonly this starts to happen slowly; over a period of time. But it can also happen all of a sudden with no previous symptoms of was’was whatsoever. So a sufferer is always burdened with the conquest of how to get rid of waswas before they slowly steal off his Eeman.

Although there are innumerable causes that can push suddenly or at a snail’s pace drag a person towards losing his faith in Islam (Allah Forbid ) or becoming doubtful about the credibility of his Islamic faith , but below , we have tried to put together the major five cases of such waswas in Islam .

Hopefully, they shall cover most of the cases which a person experiences under the impact of such was’was about Islam.

Let’s start reading: Your goal is to find the case to which you can relate the most to .

Are you passing through Similar Waswas In Islam?

“Why does Islam not give equal right to women when it comes to inheritance of property, etc.? It doesn’t matter what the situation was back then, women have been uplifted in our society and they work as much as we do. They clearly deserve equal share in inheritence (and other places where they get the short end but I can’t remember right now).

Now that you have read the cases above , the question arises is that :

“Were you able to relate your was’was with any of the above cases” ?

If your answer is “No” then you do not need to worry as in the future posts we shall be highlighting other major cases as well . But at-least reading these cases shall convince you that there can be a multitude of Was’was that can trigger your unease with your faith or cast doubt in your mind against the validity of your Eema’an .So the very first realization that should console your spiritual senses with the realization that :

Realization : ” My was’was do not and cannot define me . Because I am not what comes across my mind as a thought, no matter how much blasphemous or lurid those thoughts are. “

If your answer is “Yes” , which means that you found your was’was fall under one of the five cases that have been mentioned above then it is time for you to read the complex game plan that someone is actually setting up for you .

Who is that some one ?

Who else! It is the same creature who avowed before Allah Ta’ala that :

” “Surely I will sit in wait against them (human beings) on Your Straight Path. Then I will come to them from before them and behind them, from their right and from their left, and You will not find most of them as thankful
ones (i.e. they will not be dutiful to You).” [Soorah al-A’raf(7): 16-17]“

Your Enemy is none other than Iblees ( Shayta’an) – He is the prime reason behind these insulations and whispers of infidelity ( was’was , doubts ) that are challenging your Eema’an from all dimensions .

But you are not surprised to know this. Are you ? Because since your childhood, you have been informed and warned against the ill doings of shayta’an . We can all remember how our parents would repeatedly advise us to never play at the hands of the Shayta’an , since he is the open enemy of mankind and his mission is to astray a Muslim from the recommended path of virtue and truth .

But there is something which Less of us are aware of :

Most of us are unaware of the schemes of Shay’tan that he weaves to slowly slip a Muslim away from the straight path of Sunnah. All the five cases of doubts and was’was that we have discussed above are a result of the nefarious schemes and scams of Shaytaan that he such craftily spins to make our minds become inundated with countless worries and apprehensions about the essence of our faith in Islam.

His goal is none but one:

” To fill your mind with worries and scruples that you lose your focus on every Ibadah that you perform which brings you closer to the mercy of Allah Ta’ala & promises you a reward in the final abode of Jannah ( Paradise ).

We Shall Email you the Report  Immediately

Don't worry, we don't like spam either, and you email address will be safe.